Written in collaboration with Downtown Camper by Scandic

Oh, summer in Stockholm. This is when you notice a slow transition of colour creeping back into peoples wardrobes, the spring in everyone’s step, possibly the odd smile from a stranger and the introduction of “AW” (afterwork). Yes, the Swedish dark depression has lifted, welcome to Summer in Stockholm. New to Sweden? Here are some noteworthy tips to get you safely through these glorious sunny months.

Swedes are sticklers for certain traditions. Midsummer, more prominent than Christmas, is celebrated this year on June 22nd. Most people head out of the city to their summer houses. God forbid, should you be left behind in town. If you’ve never experienced Midsummer, you’re in for a treat. First of all, and a bit confusing; Swedes don’t celebrate on Midsummer’s Day, they’re far too impatient for that, no they celebrate on Midsummer’s Eve. Secondly, you’re going to experience some of the weirdest dancing you have ever come across, think frogs crossed with pigs and the hokey cokey, while dancing around a fertility pole, with flowers around your head. If you’re lucky, Sweden’s Eurovision finalist is singing, more likely though is a villager with a voice like a strangled cat. If you make it through this, then thirdly, you’ll get to feast on ‘sill’ (pickled herring), washed down with a selection of ‘nubbe’. Nubbe could to a foreigner only be described as paint stripper flavoured with herbs. Enjoy!

The freedom to roam, or ”everyman’s right”, is the general public’s right to access certain public or privately-owned land for recreation and exercise. The Swedes exercise this general human right to its maximum; enjoying the freedom to roam in the Swedish mountains, coastlines and archipelago. There are some important dos and don’ts to bear in mind before venturing out into the wilderness. You can camp, walk, cycle, fish, swim on any land except private gardens, near a dwelling or land under cultivation. You must take care of nature and wildlife and show consideration to landowners and others enjoying the countryside. In short, don’t disturb, litter or destroy.

Stockholm has an excellent transport system consisting of trains, tubes, trams, buses and boats, which are nearly all covered by your SL card. Some of the boats are privately owned and charge a small fee to take you from A to B but it’s well worth it. If public transport doesn’t float your boat, then why not grab a bike from the hotel and head out along the many cycle paths that cover the city. If you’re feeling adventurous, then you could try your hand at kayaking. Be extra mindful on the roads during the student examination season. Large trucks travel around the city, loaded with partying kids celebrating the end of high school.

An abundance of water surrounds the many islands that make up this fabulous city. There is an excellent selection of sunbathing and swimming spots to choose from, and the fantastic news is they’re all on our doorstep. Tantolunden is a favourite spot for all those alternative Stockholmers; located in the southern part of town in Södermalm. Here you can enjoy the sauna if you wish, and it’s a perfect spot for BBQs and picnics. Another great place is Långholmsbadet located on Långholmen. Opposite, on the neighbouring island, you have Smedsuddsbadet, at Rålambshov Park Beach which is popular with families. For those of you slightly more adventurous, we can highly recommend Hellasgården. This natural beauty is just 20 minutes from Slussen and is home to a large freshwater lake and beautiful forests to hike, bike or walk around.

Another fun and crazy holiday tradition is the Crayfish Party, which can be held anytime from August to September. This tradition’s origins go back to the early 1900s when fishing restrictions were put in place to reduce overfishing. Top tips for a Crayfish party: load up on cheese pie, potato salad and any other stomach-filling food. Those crayfish are not going to line your stomach sufficiently for all the (once again) nubbe you’re likely to be drinking, after each silly drinking song. If you’re lucky, your host will have printed off phonetical song sheets for you, if not, we suggest mumbling the same tune everyone else is singing, looking enthusiastic, and whatever you do, don’t say ‘cheers’. In Sweden, we do the awkward stare off and then take our shot in half. Always half. One other important note to mention is that slurping is an absolute must. If you leave the legs of the crayfish without first slurping all the juice from them, you will get funny looks. Lastly, shower as soon as you get back, you will be smelling like a giant walking crayfish for days to come, along with everything you were wearing.

Sweden isn’t guaranteed good weather all summer long, believe it or not. But for those inevitable rainy days, there are great places to visit. Fotografiska, located in the heart of Stockholm on Södermalm, is an international meeting place where everything revolves around photography. The museum features four major exhibitions per year and approximately 15-20 minor ones. The restaurant is well worth a visit, offering panoramic views of Stockholm. The Vasa Museum offers a unique experience to see the only, almost fully intact, 17th-century ship, ever to be salvaged. Embarrassingly for the King of Sweden who had commissioned Vasa, it sank within minutes of its maiden voyage in 1628. Lovingly restored over the years, just recently all the bolts were removed and replaced with new versions, lightening it by eight tons.

Stockholm comes into its own when the sun comes out, and there’s no better place to party like it’s 1989 than at Trädgården. A unique, festival-like club located under the Skanstull bridge in Södermalm. This outdoor club is a psychedelic explosion of colour and crazy music. Arrive early to avoid the queues (or even better, get yourself on the guest list). Dance, watch live performances, try some table tennis or pétanque. If you get a bit peckish, there’s a selection of things to eat. Another chance to party is offered by Mr French, which has definitely placed its name firmly on the map, described as one of the hottest day parties in Stockholm. You’ll be dancing to saxophonists, bongo drummers and performances while sipping on cool drinks and laughing with old and new friends. Yes, you get our point; the summer is the season to party in Stockholm. 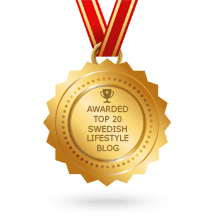